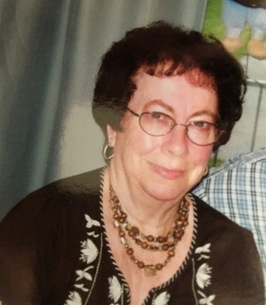 ROCKLAND………………..Shirley Mae Henley, 84, of Rockland, died on July 24, 2021 at Windward Gardens in Camden. Born in Rockland on March 5, 1937, she was the daughter of Norman and Ursula (Reynolds) Richards. Following graduation from Rockland High School in 1956, Shirley married Leroy Gray, Sr. He predeceased her in 1985.
Her early employment included working at F.J. O’Hara & Sons, and for many years, Shirley worked in the cafeteria for S.A.D. #5 working at the middle school and the high school. She later worked in the kitchen at Anderson Inn at Quarry Hill.
After retiring, Shirley married Theodore Henley. He predeceased her in 2011.
Shirley led an active life before her declining health. She enjoyed crafts of all sorts, playing bingo, going to dances, shopping and traveling. She especially loved the trips down south with Ted. Shirley also took great pleasure watching the birds at her many bird feeders. Hummingbirds and cardinals were her favorites.
Surviving are her two children, Leroy Gray, Jr. of Rockland, Cheryl Pauley and her husband, Scott of South Thomaston; five grandchildren, Michael Gray, Desirae Gray, Trey Gray, Melissa Pauley, Jessica Pauley; one great-grandchildren, Tiernan Dugas; sister, Doris Black of South Thomaston; and a special niece and friend, Judy Steeves. Shirley was predeceased by two husbands, two brothers, and five sisters.
In keeping with her wishes, there will be no services. Condolences and memories may be shared with the family at www.longfuneralhomecamden.com. Arrangements are with the Long Funeral Home & Cremation Service, 9 Mountain Street, Camden.