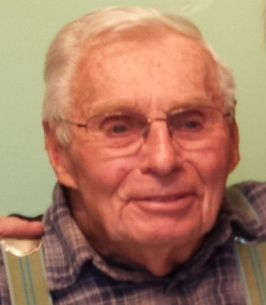 Bob married his high school sweetheart Joyce Arlene (Robbins) on August 18,
1951 in Camden.  Residing in Franklin for 62 years, he worked 40 years as an
engineer for Parker Hannifin Corporation (formerly Metal Bellows Corporation) in
Sharon.  Their Maine roots have forever remained in their hearts.

He is survived by his wife of nearly 71 years Joyce Collemer; loving brother-in-
law, Everett Fizer and his late wife Carolyn of Lincolnville; uncle to Michael Fizer
and his wife RaeAnn of Blackstone, MA; Patricia (Fizer) Needham and her late
husband Mark of Franklin, MA; Susan (Fizer) Haskell and her husband Mark of
Lincolnville; his late nephew Peter Fizer of Stoughton, MA; his late nephew Fred
Moody and his wife Margo of Lincolnville, ME; Philip Moody and his wife Karen of
Lincolnville; and his late nephew Dana Moody and his wife Victoria of East
Corinth; predeceased by his brother Amos Collemer of Camden; predeceased by
his sister- and brother-in-law Pauline (Robbins) and Waldo Moody of Lincolnville.
Bob served in the U.S. Army for two years 1955 until his honorable discharge in
1957, stationed in Germany, earning the rank of SP3. He was an avid
outdoorsman and sportsman who loved boating, fishing, hunting and
snowmobiling. Bob was a member of King David’s Lodge #62, Lincolnville and
the Medfield, MA Sportsman’s Club. He and Jo shared many fun trips to the NH
White Mountains region, and he enjoyed motorcycle rides with Jo, Everett and
Carol, John and Rita, and several other friends.
A graveside service will be held at Union Cemetery, Route 52, Lincolnville, Maine
at 10:00 AM on Saturday, July 30, 2022.  Condolences may be shared with the
family at www.longfuneralhomecamden.com. Arrangements are with the Long
Funeral Home & Cremation Service, 9 Mountain Street, Camden.
In lieu of flowers, memorial donations may be made to the Union Cemetery
Association, c/o Jean Botley, Treasurer, 63 Tucker Brook Road, Lincolnville, ME
04849