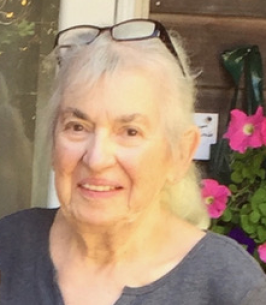 Quint-Rose was born in Boston, Mass., to Julius N.L. Quint, manager of Harry Quint Florist, and Helen I. Lipp Quint on April 1, 1927. Marylin was predeceased by her sister Jeanne Medalia.

Quint-Rose attended classes at the Museum of Fine Arts, Boston and earned a B.A. in education from Wheelock College in 1948. She went on to become a forerunner as a design instructor and artist at the School of the Worcester Art Museum, Worcester, Mass., where she taught for 16 years. During this time, she earned an MFA in sculpture at the Milton Avery Graduate School of the Arts, Bard College, N.Y.

She also spent 16 years as an instructor at the University of New England, Biddeford. During her tenure there, she founded the local chapter of “Maine Women in the Arts” in Kennebunkport. She also worked at the Maine Commission on the Arts and Humanities. For many years, she led workshops and residencies in design, collage and papermaking for children and adults throughout New England, as well as guest lecturing at the university level. She was also a juror at many institutions throughout her career.

Quint-Rose received many awards and honors for her art, including a MacDowell Colony Fellowship in Peterborough, N.H., from 1987-1988.

She has been involved in many exhibitions and competitions including the the Fourth International Biennial of Paper Art, Leopold-Hoesch Museum, Duren, Germany. She had numerous solo shows throughout the U.S. and abroad including the Rotary Club in Karachi, Pakistan, and the Portland Museum of Art, Portland, Maine. Her last major exhibit was at University of New England Artists which included her sculpture “Celadon Village.”

We will miss Marylin’s exuberant and independent spirit.

Arrangements are through Long Funeral Home, Camden, Maine. Please send donations in her name to the charity of your choice.