To share your memory on the wall of Grace Gross, sign in using one of the following options:

She attended public schools in Fall River. While in middle school she met Ruth Bogle; their close friendship continued for more than 80 years. After high school, Grace attended Children's Hospital School of Nursing, graduating in 1944.

Grace married the love of her life, Stephen Gross on February 3, 1946, in Fall River, MA. After spending the winter at the 'Green Camp', the family cottage on Hosmer Pond, they moved to Brewer. Grace and Steve had five sons – four in Brewer and one after returning to Camden. A sixth “son”, Martin Zzibu Kironde, joined the family for a year, through AFS.

Grace's family was the primary focus of her life. Over their 67 years of marriage, Grace and Steve attended practically every event that involved their sons, including sporting events, band concerts, chorus concerts and plays. This devotion to family continued in support of their eleven grandchildren. She also took a great deal of pleasure spending summers with her children and grandchildren at the family camps on Hosmer Pond. Her grandchildren fondly remember her homemade apple sauce and ginger snap cookies.

Active in the First Congregational Church, UCC in Camden, Grace volunteered in many roles, including head of the Christian Education Program. This devotion to the community set a strong example for her family. As a fair-weather skier, she could often be seen on the gentler slopes of the Snow Bowl enjoying her flawless snowplow. Grace was office manager for Monroe & Goodwin, Inc, for a number of years.

A private family interment service will be held at Mountain View Cemetery, Camden. A celebration of Grace’s life will be held in August, 2021.

Those who wish to remember Grace in a special way can make gifts in her memory to the Shields Mission Fund c/o the First Congregational Church of Camden; to Meals on Wheels c/o MCH Inc, Rockland, ME; or the Camden Area District Nursing Association, Camden.
Read Less

To send flowers to the family or plant a tree in memory of Grace Gross, please visit our Heartfelt Sympathies Store.

Receive notifications about information and event scheduling for Grace

Print
A celebration of Grace’s life will be held in August, 2021.

We encourage you to share your most beloved memories of Grace here, so that the family and other loved ones can always see it. You can upload cherished photographs, or share your favorite stories, and can even comment on those shared by others. 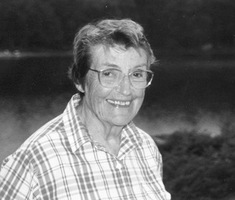