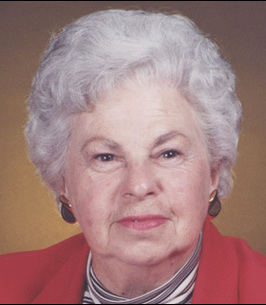 CAMDEN………………Barbara Frances Dyer, 97, of Camden, died on Wednesday, February 2, 2022 at the Sussman House in Rockport. Born on May 19, 1924, she was the daughter of Azizeh (English translation Elizabeth) (Ayoube) and Milton E. Dyer, and graduated from Camden High School, Class of 1942. Later in life, Barbara attended the University of Maine in Augusta, and was a member of the Phi Theta Kappa Honor Society. From 1942 until 1986, she worked as an accountant and office manager for the Camden Shipbuilding & Marine Railways Co., which later became Wayfarer Marine.
Barbara was a member of the First Congregational Church in Camden UCC for most of her life, serving as a Deaconess, Collector and Church Historian. In her later years, she attended the Hope Community Bible Church.
Barbara was charter member and former President (’56-’57 and ’70-71) of the Camden Women’s Club. She was instrumental in the organization and publication of their cookbooks, Victorian fashion shows, children’s plays, and other events for 25 years. Her other community services included vice-president of the Camden Area District Nursing Association, town chairman of the Cancer Drive, Trustee of Sixty-Three Washington Street, Trustee of the Camden-Rockport Historical Society, President of the Camden High School Alumni Association 1988. Barbara was the President of the Dyer Reunion for several years. She served three terms on the Town budget committee and twice on the steering committee for the Camden Bicentennial in 1969 and in 1991. Barbara served four years on the Independent Commission for the Library Grounds and the Village Green Honor Roll Committee. In 1992, she was elected Selectman, and in 1996, was chosen by the Camden-Rockport-Lincolnville Chamber of Commerce as the Townsperson of the Year. In addition, The Camden Rotary Club honored her with the Paul Harris Fellow Award. Wayfarer Marine names their red tugboat, “Barbie D.”, in her honor. She always claimed it was because she was an old work horse. MBNA dedicated the Brewster Building with a plaque in her honor.
During retirement, Barbara devoted much of her time to local history, visiting friends in their homes and in nursing homes, loved doing knitting and crocheting and then donating her work. She also loved playing with her adopted cats. Barbara wrote articles for many local newspapers and magazines and helped many people in their research of property and ancestors. Barbara wrote twelve Camden historical books, including her first published work in 1985, Grog Ho! Barbara also enjoyed teaching Adult Ed classes in local history, antiques and public speaking. In 2010, the Camden Select Board appointed Barbara as “Camden’s Official Historian”.
Barbara was predeceased by her sister, Dorothy D. Ames, brother-in-law, Robie F. Ames, Jr., her older brother, Milton Dyer, Jr., sister-in-law, Doris D. Dyer, nephew David L. Dyer; and her dear friends, Barbara Carver, Genie Laite, and David Sivewright. She also leaves three nieces, Elizabeth A. Moran of Northport, Cynthia A. Rogers of Camden, Lesa D. Kitching of Thomaston; one nephew, Jon T. Dyer of Augusta; grand-nieces, Heather E. Moran of Northport; Melissa M. Moran Woodhead of Virginia, Stefanie R. McAllister of Rockport; two grand nephews, Adam T. Kitching of Thomaston, Robie A. Rogers of Winslow. In addition, three great grand nephews, Tyler M. Bilodeau of Bangor, Ethan A. Woodhead of Virginia, and Liam A. McAllister of Rockport; and three great-grandnieces, Esme E. Woodhead of Virginia, Isabelle J. Rogers of Winslow, and Maggie Dee McAllister of Rockport. Barbara also also leaves a very special friend, Christine B. Doherty of Florida.
If desired, memorial gifts may be made to the Camden Area District Nursing Association, P.O. Box 547, Camden, ME 04843; the Camden-Rockport Historical Society, P.O. Box 747, Rockport, ME 04856; or to Pope Memorial Humane Society, 25 Buttermilk Lane, Thomaston, ME 04861, the Hope Community Bible Church, 16 Church St., Hope, ME 04847.
Services will be announced at a later date.
Condolences and memories may be shared at www.longfuneralhomecamden.com. Arrangements are with the Long Funeral Home & Cremation Service, 9 Mountain Street, Camden.